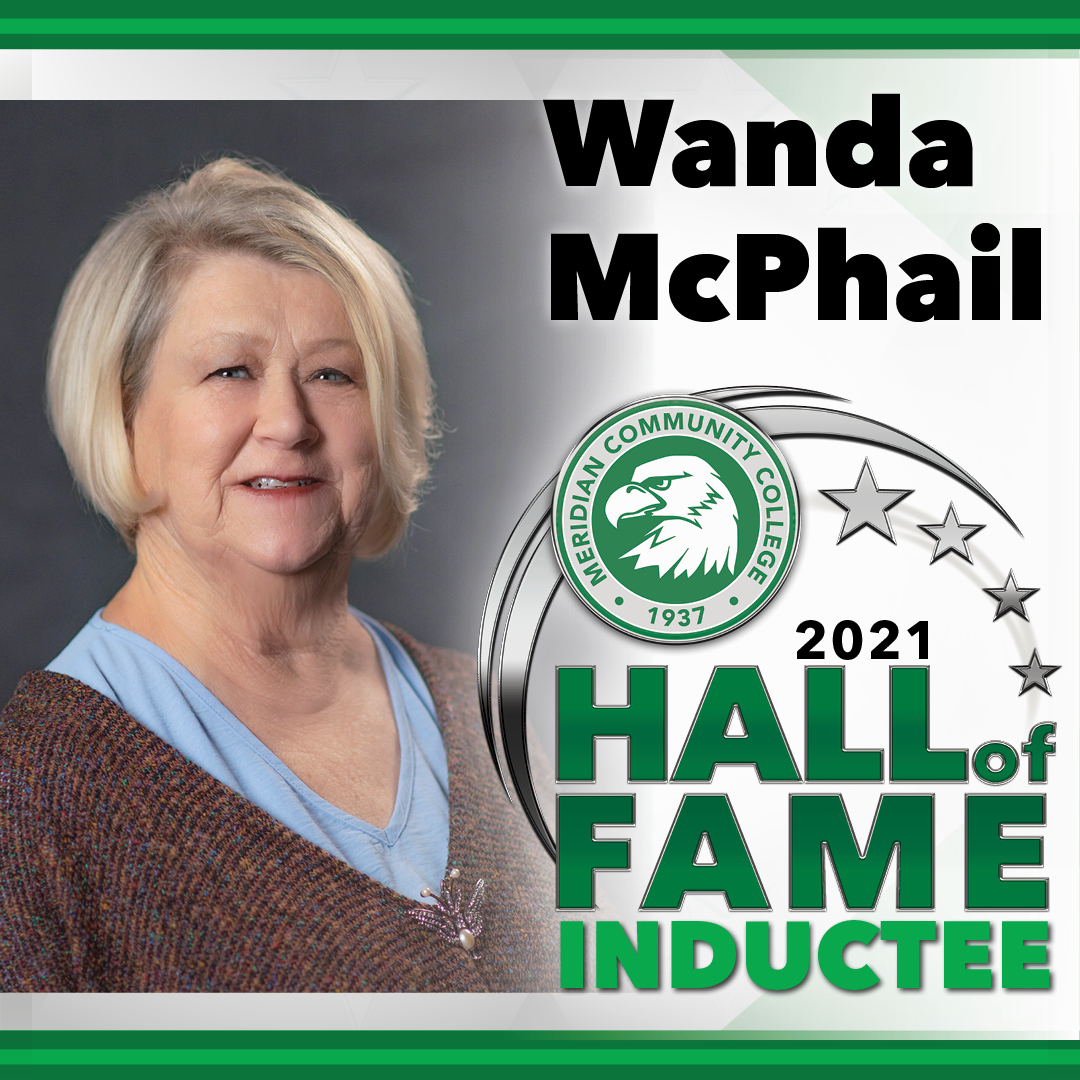 Wanda McPhail wasn’t looking for a change. But change came to her as a job offer.

In 2000, former Meridian Community College President Dr. Scott Elliott asked McPhail to interview for a tennis coach opening at the College; McPhail started the tennis program at West Lauderdale High School and was its coach as well an English instructor, and coach for basketball, volleyball and cheer squads. “I said ‘no’ at first. Eventually, I realized that God was nudging me in the direction of MCC,” she said.

McPhail is one of four MCCers who will be added to the College’s Hall of Fame roster on Thursday, March 25, during a ceremony spotlighting the honorees’ achievements. Hosted by the MCC Foundation, the induction ceremony will begin at 2 p.m. in the McCain Theater. The ceremony will be live-streamed via www.mcceagles.live.

McPhail, one of the nation’s most prolific community college tennis coaches, was an inductee in the Mississippi Junior College Sports Hall of Fame and the National Junior College Athletic Association’s Hall of Fame as the leader of the College’s Eagle program. Eleven of her MCC players received the Arthur Ashe Sportsmanship and Leadership Award. She holds associate degrees from East Central Community College and Meridian Community College, a bachelor’s degree from Mississippi University for Women and a master’s degree from Mississippi State University.

“After motherhood, coaching MCC tennis was truly the best job that I ever had,” said McPhail.

Her work as a tennis coach at the College garnered attention on and off the courts. She served 10 years on the International Tennis Association board as one of two junior college representatives. McPhail recalled the first time she gathered with fellow board members, and she was speechless. “I walked into the room and there sat the coaches of all the successful Division I, II, III and NAIA programs that I had followed for years: Harvard, Texas A&M, UCLA, Mississippi State, Ole Miss, Alabama, South Carolina to name a few,” she said.

McPhail added, “I learned so much from this experience.”

Still, others have learned from her. When asked how she defines success, McPhail said it was by the lives she impacted positively. “I measure success by whether my players are learning life lessons: self-discipline, fair play, integrity, leadership, honesty, accepting consequences of their actions, work ethic, and academic success as a priority,” she said.

She added, “I have had a successful day if I can look at myself at the end of the day and know that I have been true to my values and principles. I may not be perfect as many of my players will attest to, but I am always me. What you see is what you get. No apologies.”

McPhail noted many of her players taught her life lessons, too.

“I believe with all my heart that God placed me at Meridian Community College to grow me,” she added.