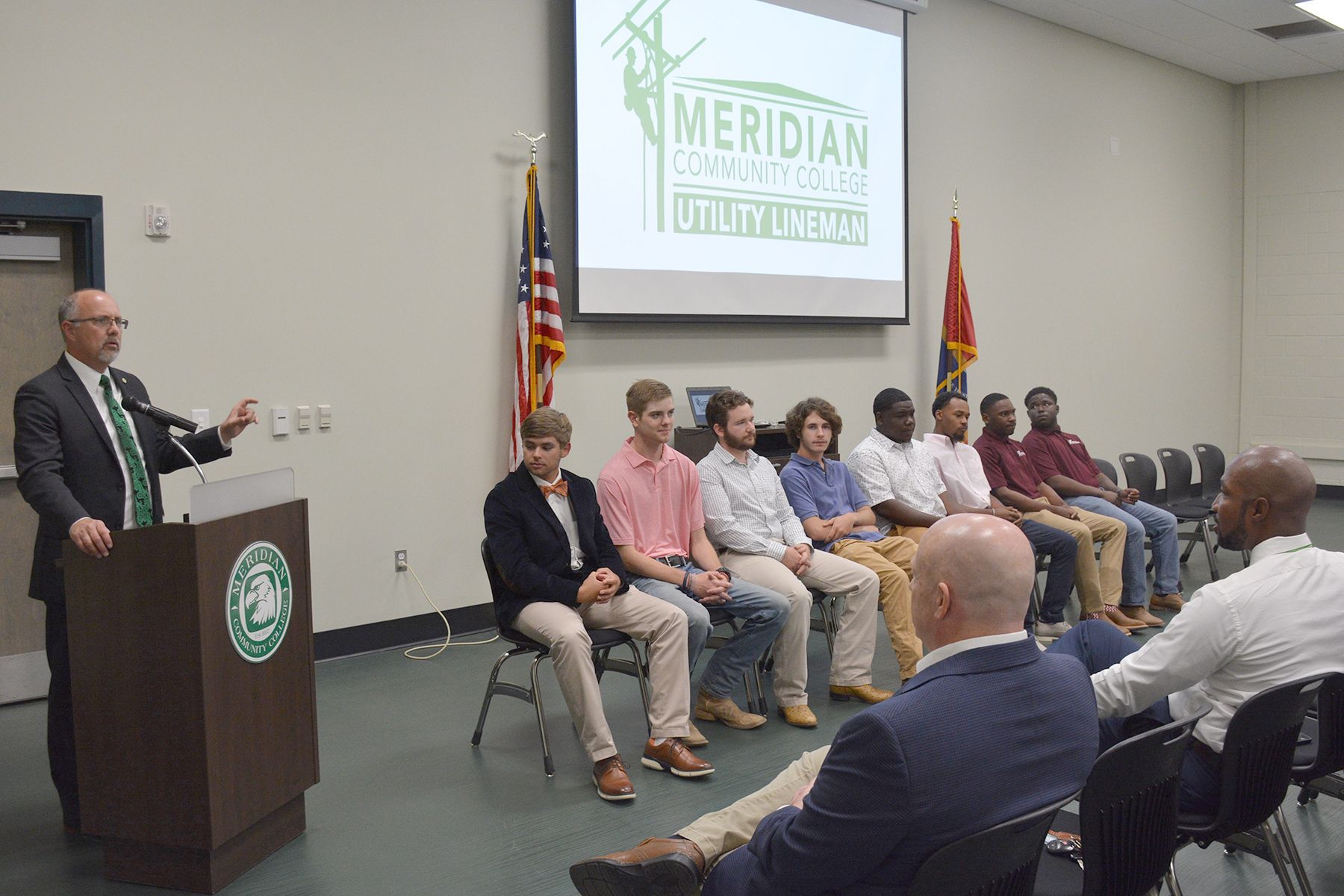 MCC President Dr. Thomas Huebner speaks to the students and audience during the completion celebration for the first class of the Utility Lineman program.

When Meridian Community College offered its first Utility Lineman Program in January, Daonte Abney of Heidelberg and Drew Adkinson of Brandon saw their chance for something more.

“I saw it as an opportunity to get into a career that I could make something out of, and I thought it was a cool line of work,” Adkins, 19, said with Abney, 21, agreeing.

The two were among 10 completers in MCC’s first class of the Utility Lineman Program, where for 16 weeks, students were readied to build, repair and maintain electrical power and distribution systems. Curtis Bradley is the Utility Lineman instructor; Darren Bane is the workforce development project manager coordinating the program. A completion celebration was held in the College’s Riley Workforce Development Center with family, friends and College officials gathered.

Other completers included Matthew Lenning, 23, of Meridian; Joshua Busby, 25, of Gilbertown, Ala.; Walter Calhoun, 18, of Collinsville; Zylon Hicks, 19, of Taylorsville; Lane Hoven, 19, of Grove Hill, Ala.; Tavion Jones, 21, of Heidelberg; Zaveon McClendon, 22, of Porterville; and Steven Sullivan, 18, of Philadelphia.

MCC President Dr. Thomas Huebner congratulated the students on their efforts and career choice. “They’re going to be the ones who are going to be out there on the front lines bringing power back and making things happen for the people in our community. What a calling is that? That’s pretty incredible,” he said.

“I have no doubt these program completers will be difference-makers in the community,” he added.

Bradley noted the completers were more than just students. “In front of you is a group of young men that are safer, more humble, more respectful and at the end of the day, hard workers,” he said. 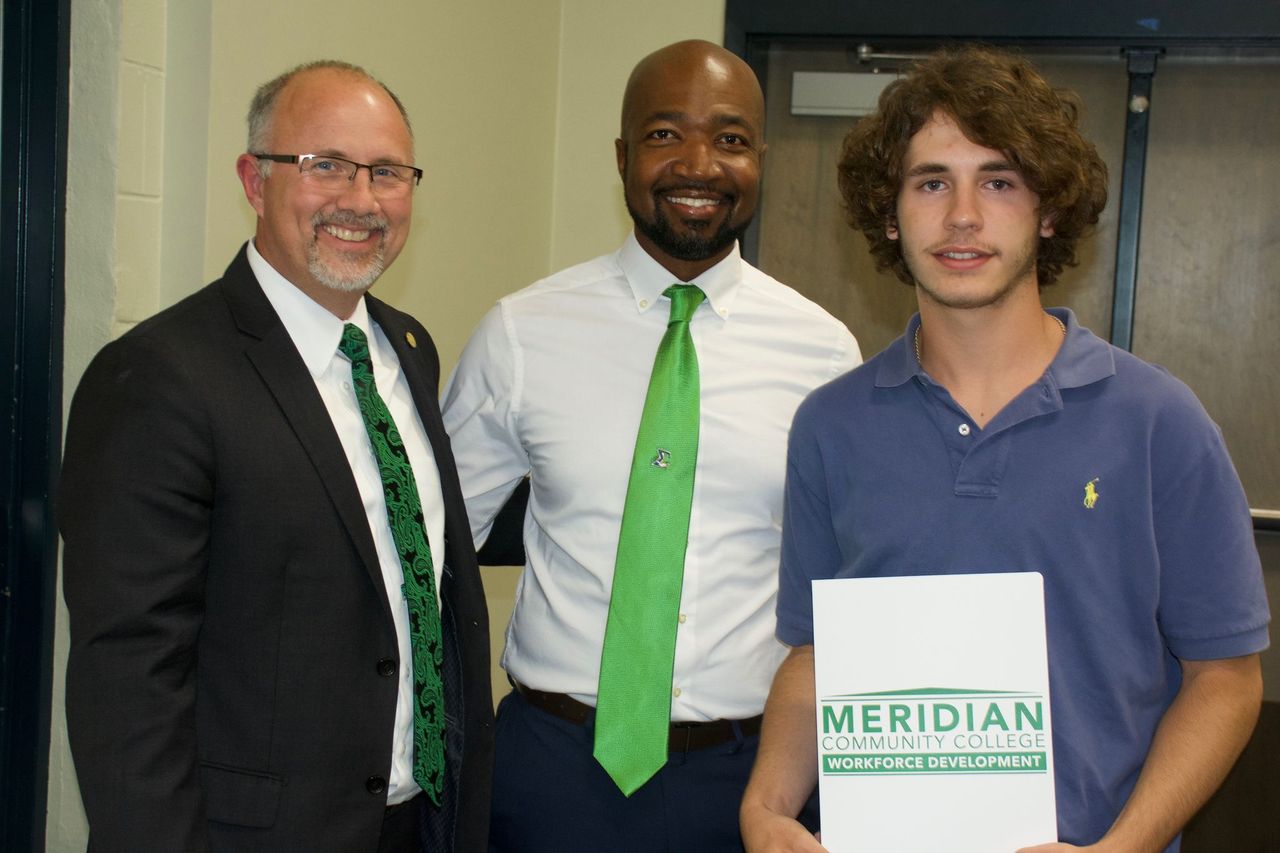 The guiding principles throughout the program, Bradley said, were following the three S’s: Sacrifice time to help others, serving a community in need and safety. “Safety is paramount because if we don’t stay safe, we don’t come home,” he said.

Atkinson noted that being in the first class was a lot of work but worth the effort. “It was good to be the ones that started everything. And we can go back and look at that training yard and say, ‘I built that,’” he said.

When asked what he would say to encourage others to join the class, Abney said to come in with a positive mindset, good attitude, and willingness to learn. He hopes to continue working with the same company and earn his higher education degree soon.

“We couldn’t be prouder of them,” said Bane, adding. “They’re going to represent their families and friends well and will represent MCC well.”