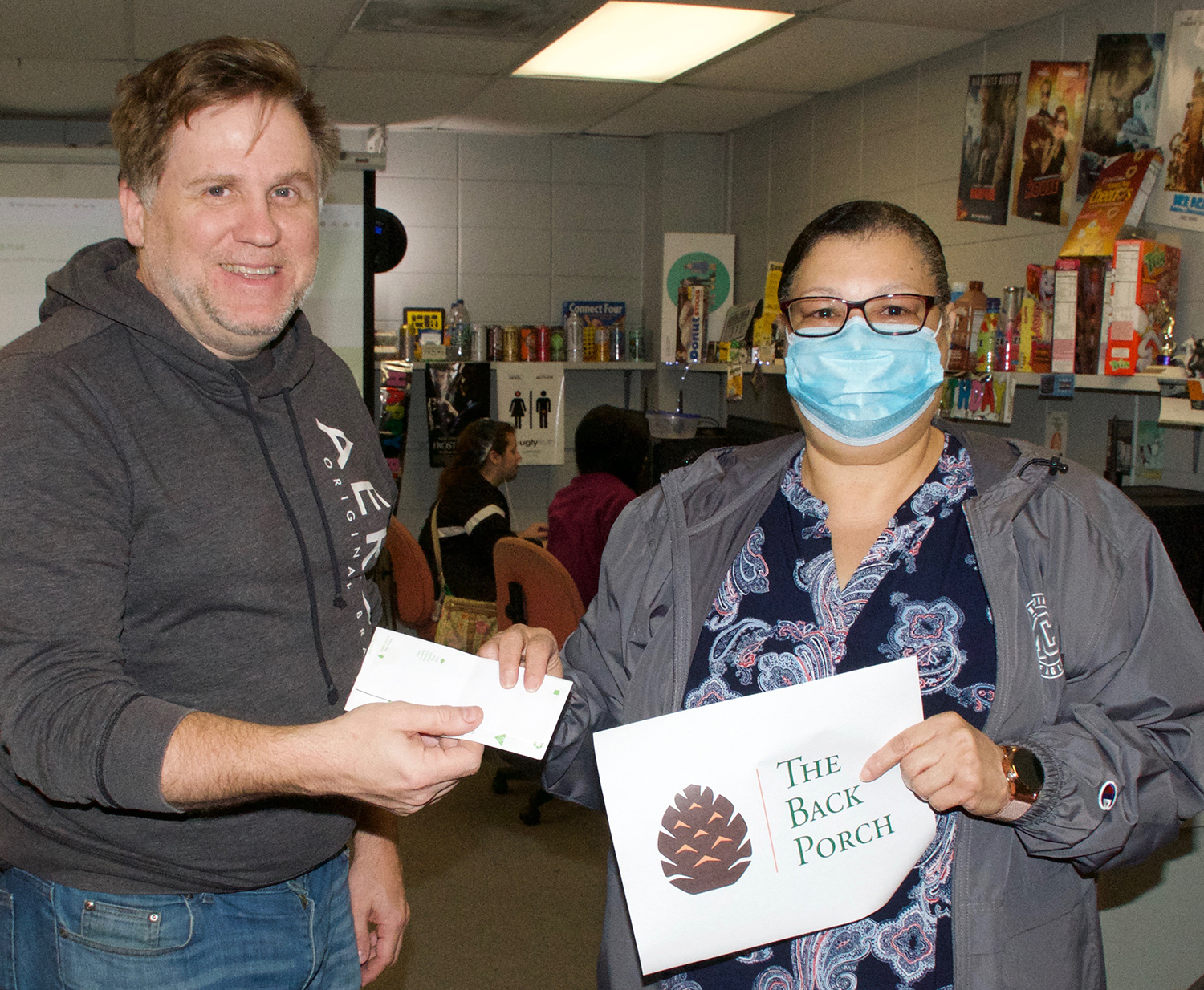 Taking a look around her backyard, Tamar Mosley came upon a winning idea.

“I have a bunch of pine trees; there are pinecones everywhere,” she said as she explained what sparked her design for an emerging local business. Those conifers and their fruit led Mosley to create The Back Porch of Meridian’s branding element.

It’s the first winning design for this first-semester student in the College’s Graphic Design Technology Program.

Mosley works full-time by day as the HSE coordinator for adult education at MCC. In the evening, she studies and creates in this career and technical education program that trains students in print and media design or virtual and augmented reality design.

“I’ve been wanting to go into the program for years,” she said, “but nothing was offered online then.” Some traditional, in-the-classroom teaching methods were restructured when the pandemic began, and classes were offered digitally, off-campus. “That opened the door for me because I work here at MCC full time, so I can’t attend classes in the daytime.” So, during the day, she’s on the job at MCC; in her off time, when she’s at home, she’s working on graphic design.

Justin Hardy, the owner of Rock House Gun and Pawn, plans to open his new company, The Back Porch of Meridian, in the first quarter of 2022.

“Basically, it’s a back porch store,” Hardy said in explaining his new business. “Anything you would do on a back porch … it’s going to have a large grilling line, a large food line, woodworking.”

Hardy wanted a brand that would capture the idea of his new enterprise. In talking to one of his employees, also a Graphic Design Technology student at MCC, the idea of getting students in the program to create a logo emerged, and a competition with a cash award was suggested. “I gave Mr. Ethridge an idea of what my new company would be, what it was going to stand for, what it was going to sell, the brand I was to project,” Hardy said.

The students got to work, and Hardy was presented with 20 designs from which to choose. “Every one of them was a very good option.” Specifically, it was Mosely’s entry that came to the top. “For me, seeing the pinecone – something in the back yard – just clicked for me. It’s recognizable; it’s easily branded. I could put that design on anything,” he said.

Mosley was excited and humbled to learn she was the winner, and she’s eager to continue her learning in the graphic design arena.