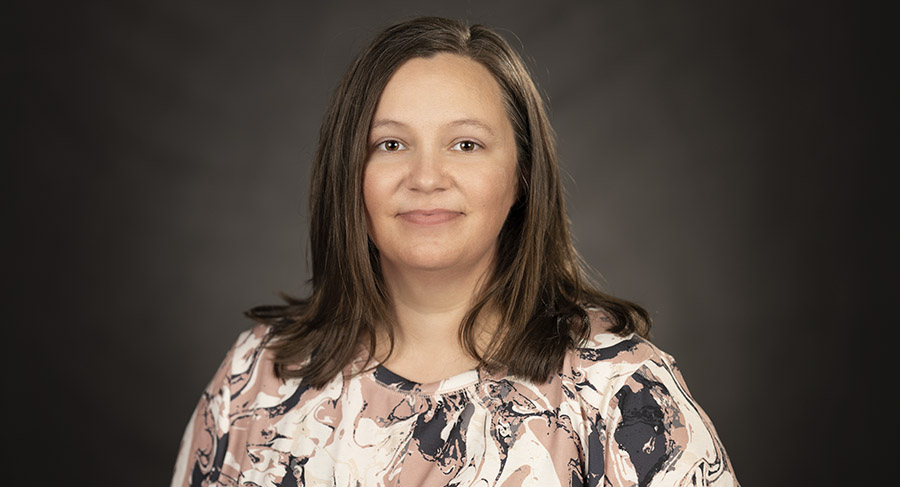 Rachel McCollough is continuing her studies for a career in nursing and beyond.

It's a long way from near the headwaters of the Mississippi River to the state of Mississippi. For Meridian Community College Associate Degree Nursing student Rachel McCollough, there's more than just the distance of 1,269 miles; a multitude of life experiences have brought her to the College.

In turn, those experiences lead the 40-year-old, who was born in Sebeka, Minn., on a journey of making a difference for others.

"I had never set foot in a college class or any classroom until I was 36 years old because I was homeschooled and took my GED when I was 17. So, this was my first school experience," she said.

Her MCC experiences have proved to be a path to reach her dreams.

When she was growing up, McCollough explained, her parents, two brothers, and a sister traveled quite often as migrant workers, taking subcontract work as a family for the Department of Natural Resources in Minnesota and later the Mississippi Forestry Commission. "We planted trees (thousands of them), did brush cutting, bud capping, and raked blueberries in Maine," she explained. There were also mission trips to the Dominican Republic.

"During all those travels inside and outside the United States, I have lived in tents, houses, campers, and a school bus," she said.

She also met her husband, Lonnie, who was a farrier, at a Quitman church when her family came to Mississippi to plant trees. Soon after the couple married, they spent one year as missionaries in Jin Jup Eup, South Korea.

"That really set a path of wanting to help and learn about other people," McCollough said.

She explained at that time, living and working placed her education on the back burner, but it was not forgotten. "I have always had a strong desire to continue learning," she said.

The McCoulloughs returned to Mississippi, setting up roots and making a home in Wayne County. Lonnie spent 10 years working as a career firefighter in Meridian and later began a new career path as a full-time dog trainer and business owner of Attack-A-Quack Retrievers. Their sons, Garrett, 18, and Hagen, 16, were homeschooled by the couple, and they have worked in the business.

At age 36, opportunity knocked for McCollough to begin her pursuit of a healthcare career. "I started school at MCC in the Spring of 2017, taking general courses and getting ready for the Emergency Medical Technician program," she said. She finished and moved on to the College's Paramedic Program, graduating with a 3.94-grade point average on a 4.0 scale.

She landed a full-time paramedic position for the City of Philadelphia, traveling 101 miles from her home to the hospital for work. But it has been a labor of love. "I've had a lot of good people to learn from. The hospital is very EMS friendly … the hospital and community work well together," McCollough said.

"And MCC has been very good to me as well," she added. "I have such a good circle of people that MCC facilitated my meeting. It had a big impact on my life."

Now channeling her energies into nursing, McCollough wants to add to her skills. "It's a completely different world from a paramedic, and to bring emergency pre-care, a nurse has more scope of knowledge and scope of practice for long-term care. So, to understand both sides, I think that will make a full circle."

Her immediate aspiration is to become a critical care paramedic though she's considering earning a master's degree in nursing to teach. "But I have a lot of experience to gain first,” she added.

In her rare spare time, McCollough tends to her online home business, Wolf Creek Whips. Handcrafted (including hand-shaped handles crafted by McCollough), the whips are used as a tool to move cows. Collectors also purchase them for their art and craftsmanship.

"I'm not an extrovert, but I really love helping people. Helping people any way I can – that's what it's all about," she said. "Generally, we all want the same thing: to be loved and make a difference. And I think that's the key."

McCollough added, "I think that drives nearly all I do, love for people both dear to me and far from me."