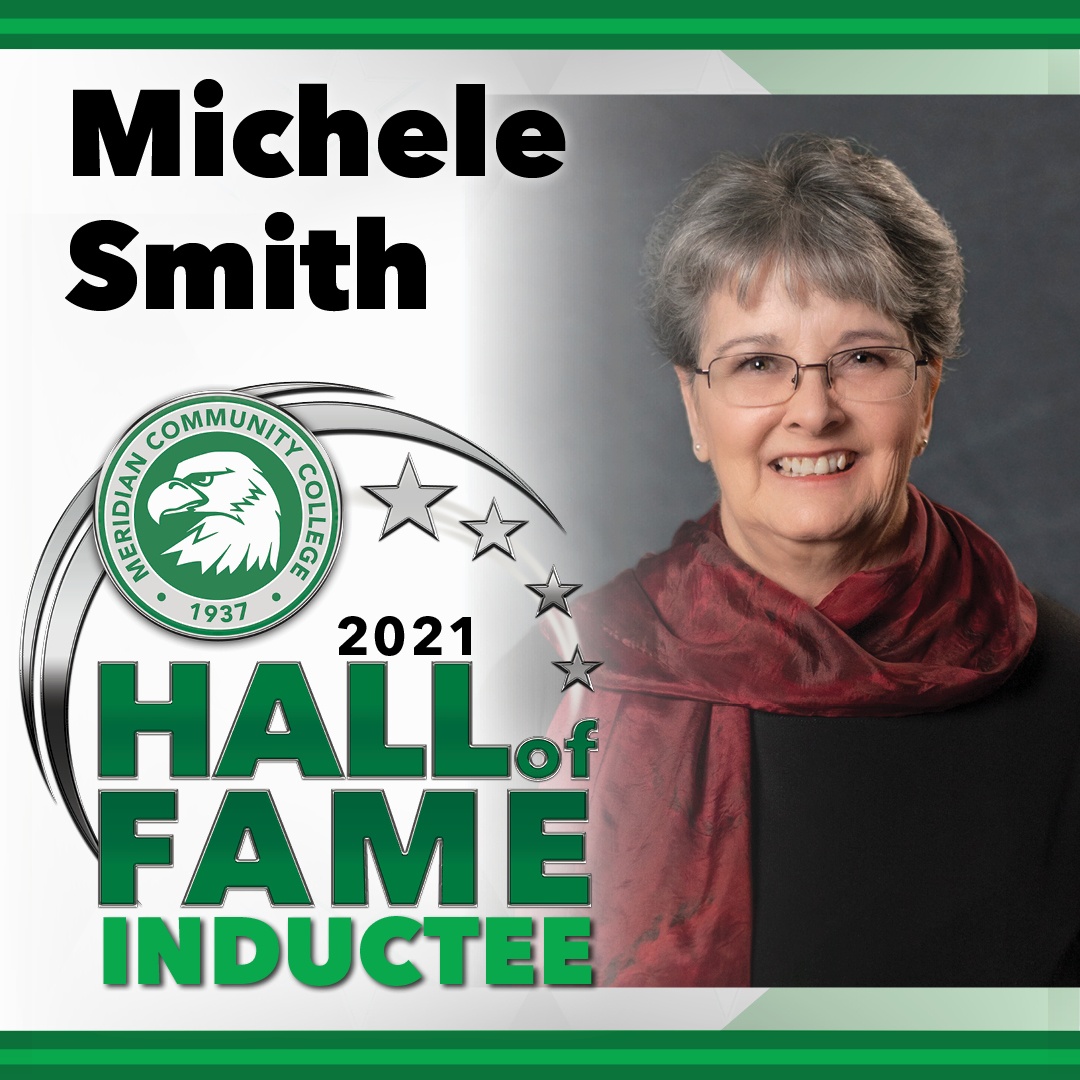 Three days after she got married in August 1980, Michele Maida Smith and her husband Carey moved to Meridian.

Carey began his new job at Meridian Community College as instrumental music director; for Michele, there were no job openings in her career field. Undaunted, she applied as a part-time reading aide at the College. Her effort would yield decades of service.

“Carey and I planned to stay in Meridian three years. We have been here over 40 years,” she said.

Smith is one of four MCCers who will be added to the College’s Hall of Fame roster on Thursday, March 25, during a ceremony spotlighting the honorees’ achievements. Hosted by the MCC Foundation, the induction ceremony will begin at 2 p.m. in the McCain Theater. The ceremony will be live-streamed via www.mcceagles.live.

Joining with Smith in this year’s class are Neil Henry, Wanda McPhail and Dr. Reginald Sykes.

Smith, who retired in 2010 from the College as athletic and fitness center director as well as division chair and instructor, continues to teach water aerobics part time at MCC on an as-needed basis. In describing a personal achievement that she’s especially proud of, Smith points to being the athletic director – a position predominantly held by men.

She holds both bachelor’s and master’s degrees in physical education from University of North Texas. Fresh out of college, Smith applied and was accepted to teach as a physical education instructor and sports director for Lilydale High School in Victoria, Australia.

A board member and volunteer for the Meridian Symphony Association and other local organizations, Smith received the Honor Award from the Mississippi Alliance for Health, Physical Education, Recreation and Dance.

In defining success, Smith asks herself regularly, “What have you done with what you have been given?” “If I have taken the events of my life and tried to do good with whatever came my way, then that could be one measure of success. Having a place to call home, having great friends and being financially able to give back to others definitely fits my definition of success,” she said.