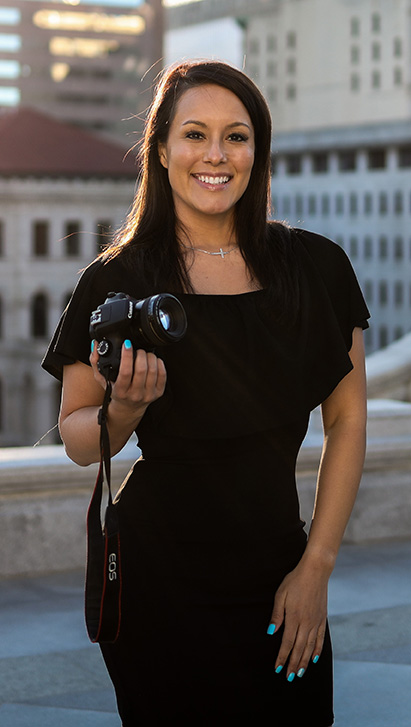 While working as a vascular and general ultrasound technologist at hospitals and clinics throughout the East Coast, Meridian Community College alumna Cristina Mumme has discovered a whole new world outside her home state.

From Columbia, S.C., to New York City to Richmond, Va., she has encountered scores of interesting people from all walks of life and has visited places she had only seen in movies.

“Working in travel healthcare is amazing. I have had the opportunity to meet new people from all ethnicities, all religions, and different cultures,” said the 2012 graduate of MCC’s radiologic technology program. “Being able to travel and see different parts of the United States was the best learning lesson I could have done for myself.”

About a year ago, just before the COVID pandemic hit, she found her way from New York to Richmond to take a job as a maternal-fetal medicine sonographer at Henrico Doctors’ Hospital.

“Richmond is so diverse. You have the mountains to the west. D.C. to the north, and the beach to the east,” said Mumme, who has decided to settle down in Virginia’s capital city. “Richmond is so up and coming and flooded with a diverse group of people. It’s a great place for growth.”

Debra Herring, an instructor and coordinator of MCC’s Radiologic Technology Program, said travel healthcare is not an option usually chosen by the program’s graduates who decide to stay close to home. Still, she is not surprised Mumme is succeeding in her field.

“Cristina was a driven student. She was determined to ‘get it’ even when ‘it’ did not come easy,” Herring said. “She has a tremendous heart!”

Originally from Bay St. Louis, Mumme moved to Meridian in 2009 after being accepted into the College’s Radiologic Technology Program. A family friend worked as a radiologic technologist and had introduced her to possible career opportunities.

Mumme immediately took to the MCC program, which is a 40-hour-a-week obligation. But to make ends meet financially, she also had to juggle two jobs, as a server at Olive Garden Restaurant and as a student x-ray technician at Anderson Regional Medical Center, in addition to her classes.

“It was very difficult going to school for eight hours, working eight to 10 hours a day, and then trying to study,” she said. “It left little time for sleep. Exhaustion was an issue for me. I had to stand up in the back of the class, or I would fall asleep sitting up in class.”

Still, Mumme persevered and graduated with her associate degree in radiologic technology in 2012. She passed her American Registry of Radiologic Technologists examination on the first try and has passed seven ultrasound registries on the first try.

She credits Herring and George Arinder, the program’s clinical coordinator, for helping her succeed.

“I struggled financially during school, and there was a point where I had exhausted all financial aid, and I didn’t have the money to pay for summer tuition,” she said. “I’m forever grateful for my instructors, Mrs. Debra and Mr. George, for going above and beyond to teach me and to find the scholarship money so I could continue in the program.”

Because she understands the hardship of putting oneself through college, Mumme pays the cost each year for one program graduate to take the registry exam. American Registry of Radiologic Technologist certification is the terminal goal of the program, said Herring, noting that Mumme has been providing this award since 2011.

“Students can graduate without completing their registry exam, but they cannot work as a radiographer,” she said.

For their name to go into the drawing for the $200 cash prize award, students must donate a shoebox of supplies, or care package, to the Shoeboxes for Soldiers campaign. For each box donated or cost of postage paid, the student’s name goes into the drawing.

“I know the scholarships are not much, but it’s my way of giving back to hopefully help someone in need the same way I needed help, and someone helped me,” Mumme said.

She also provides a $100 cash prize for Health Occupation Students of America (HOSA) students who donate dog food to East Mississippi Animal Rescue (EMAR), Herring said. For every 10 pounds donated, the student’s name is included in a drawing for the cash prize.

After graduating from MCC, Mumme went to work full time at Rush Foundation Hospital in the x-ray department, shadowing in ultrasound for two weeks as a student. She also enrolled in a distance learning diagnostic medical sonography program through the Institute of Ultrasound and Diagnostics to become registered in the abdomen, OB/GYN and vascular ultrasounds.

“I am forever grateful to Mrs. Beth Ethridge, my supervisor in Rush ultrasound, for taking me under her wing and helping out a complete stranger,” she noted.

While working nights at Rush for five years, Mumme often filled in at local obstetrics/gynecology clinics and at Women’s Healthcare Center with Dr. Sandra Pupa on her days off.

“I was scared of OB/GYN initially because it is so difficult,” she said. “But Dr. Pupa and her amazing tech, Wanda Cannon, taught me so much, and OB soon became my comfort zone.”

About two years ago, Mumme left her Meridian job to begin working as a travel ultrasound technologist filling in for full-time employees on a leave of absence. She worked for Palmetto Imaging in Columbia, S.C.; A.O. Fox Hospital in Oneonta, N.Y.; and Staten Island University Hospital in New York City before settling in Richmond.

Mumme works full-time at Henrico Doctors’ Hospital and part-time at a nearby fertility clinic. She works with women who have high-risk pregnancies, which usually results in more ultrasounds and more targeted or detailed exams than women who are not at high risk.

“I love maternal-fetal medicine. It is a very stressful job, but your brain is always working, and I’m constantly learning,” she said. “We look at the baby from the top of their brain all the way down to their toes.”

She also enjoys the long-term bond she develops with her patients.

Photo: Alumna Cristina Mumme credits MCC for opening doors of opportunities to her.